Women and men with dominance behavior in handling horses

How a horse energetically perceives the difference between man and woman when a person stands in front of it.

In my many years of research I was searching for a peaceful way of handling horses – without force or means of oppression and following the natural ways of my female sex – I followed the advice of the horses, who, I believe, miraculously enlightened me regarding the inherent power of female energy and male energy. If we use this inner strength, we can find ourselves, advance our individual skills and learn to really trust in ourselves. This self-confidence is precisely the key to our self-love, leading to inner wealth and non-violent communication with our fellow human beings.

First of all, let us look at what the term “dominance” actually means. In the dictionary, it is described as: “Dominance is the ability to force others into submission.” In biology, it is explained as follows: “Dominance is the ability to displace other genetic traits.” And psychologists speak of dominant behavior when an individual wants to control the behavior of one or more individuals.

Here it is important for me that you pause for a moment and think about a relationship or partnership you are currently in. Do you take a more dominant or submissive role? Now imagine without any judgment how you might feel in both roles.

Of course, it plays an important role, whether the dominant part has the great ability to pursue life-affirming and unselfish concepts and holistic goals in the interests of his/her partner, or whether that person uses all the power to empower him/herself, through domination of others, and exploitively forces his/her own interests upon him.

Now let’s take a look at what has inherently been given to women and men, whether dominance is part of the natural behaviors of both sexes, and how different horses react to male and female dominance, according to my experience.

Not only is our body clearly attributable to one sex by purely external characteristics, but the genetic makeup of men and women is completely different in many aspects – to be precise, there are about 6500 genes that make a person either a woman or a man.

In addition, different genes and different hormones, basically the whole “inner structure” vibrate at a completely different energy level depending on sex – and that’s exactly what the horse perceives naturally and then instinctively behaves accordingly, depending on the “sex frequency” it has perceived.

If you are a woman, you might know this: a man takes your horse (let’s say it’s a gelding or a stallion) and does two exercises that the horse does not hesitate to perform. After that, you would like  to do the same exercises with the horse and although you are very careful and provide the necessary focus, the horse starts to question and maybe even threaten you.

This happens over and over again and (most of the time) it is not at all due to the inability of the woman, but simply because the type of exercise and training is based on dominance and needs to be performed with a dominant mindset/vibration.

With the man, the horse has no problem with it – it perceives the male, dominant energy and behaves accordingly. However, because the same exercise with the woman does not truly feel “masculine dominant” and  the woman only physically imitates an outer dominant appearance, the horse must instinctively question the woman. In order for a dominance-based horse handling or a dominance-based training for a woman to work at least as well as for a man, the woman must actually demand the horse’s exercise be performed in a dominant – and thus violent – way that is unnatural for her.

If the horse could speak our language, it would sound like this: “Well, what the man just did is ok because he had a nice masculine vibe. He was friendly and because he felt fairly dominant and strong, I could surrender myself immediately because I know that then he would also dominate the lions, who might want to eat me outdoors. But now I feel neither male power nor dominance in you (i.e. woman) and you want to dominate me and be higher ranking than me? You want to handle this in a male way? Then I first check your masculine energy, and then we’ll see which one of us has more of this dominating energy.”

Depending based on its strength of personality, the horse MUST start to fight at that point to be worthy as a gelding or stallion according to its sex.

Next the horse would say as soon as it perceives the feminine energy and the woman pressing hard to get what she wants: “Hey, there’s something wrong, why are you behaving so aggressively and artificially masculine and not talking to me, as is natural for your female vibe?”

While the woman then continues to assert the exercise with determination and finishes it, the horse comes to another realization, which would be articulated in our language as follows: “Oh man, what a crazy world, something’s wrong with her, but she seems to be serious and has no sense of humour. So, I will have to surrender myself, and if she keeps this up, then I have to learn to give up – fast – all my natural reactions to what I feel and how we horses express it to create real and authentic bonds.”

The quality of the partnership will be determined, depending on how long this discussion about ranking continues, how consistently hard the woman’s handling of her horse remains and depending on the horse’s personality. If the woman is happy in this partnership, then it is certainly the right way for her, and everything is fine.

However, if the horse continues to fight, to show resistance or apathy over and over, and is unmotivated at every step, I invite you to become consider of the following:

Women have a very high degree of intuitive ability to empathize with other beings and accordingly to engage in emphatic and diplomatic discussions and find solutions. This is so strong in a woman because that is what nature intended: women manage everything in the family home and caringly raise the children. Men, on the other hand, hunt outside and protect the family – and therefore, other skills such as strength and dominance are required.

Horses, too, are designed similarly: while the stallions make sure they spread their genes and protect their territory, the mares are responsible for raising the foals and, thanks to their intuition, are responsible for tracking down the most delicious grasses. Of course, there are also dominant mares, who will give their stallion a good fiddle – but only if the stallion moves threateningly or disrespectfully in their rearing area. Mares with this dominance do not constantly ask stallions to move. In a herd, the mare is never responsible for the daily training that stallions or geldings do among themselves to become stronger and faster. That would be simply unnatural.

But in our modern society, especially in the business world, the roles developed in a way, that women only have a chance if they can put at least as much in as men and can negotiate and work as hard as they do – at least in those areas in which it’s not about pure muscle power. Sometimes a woman’s sex appeal remains as a weapon, but even this is a “violent solution” for a woman, which will not make her healthy and happy in the long run.

At Saliho School, I meet dozens of women who have had to leave their original path to survive or keep up in our society. The methods for handling horses are 80% based on male-dominated energy and promising dominant behaviour. However, women today feel more than ever that they are withering away internally from this artificially applied hardness. But it does not have to be this way. If women dare to take the first step to feel themselves again and accept their feminine skills, such as empathy and non-violent, intellectual communication, then they can heal inside. Then women will discover their strengths and feel within themselves a power quite different from that of dominance.

It is an art, for men and for women, to communicate with a horse on such a non-violent but authentic and therefore different level without abandoning his/her nature. That is why I was and still am convinced as Klaus Ferdinand Hempfling  (KFH) as a role model. He is the only person I have met and whose work I have studied so far, who can handle horses completely authentically and with male dominance, without violently suppressing or subjugating them and without taking away their dignity and pride. However, in the many years of my self-study of horses, I have understood that a woman simply cannot behave the same way as a man if she wants to remain authentic and peaceful.

I am often asked why I then recommend my female students to read and study KFH, when he writes a lot about dominance and dominant handling. I can easily answer that: because in my opinion, the core of the horse language is described in his books as clearly and distinctly as nowhere else – despite the difference between men and women.

In our school, we show people – men and women alike – how to authentically gain access to their horse in a very natural way that is adapted to their horse’s behavior. The success of our practising students already extends to much more than just their horse handling. Many students change their whole lives and enrich it again with their original female or male power. They leave the cycle of known obedience methods, spreading this message and thus helping to develop a new, more peaceful earth.

Diseases as an outlet

Energetical healing, meditation and dancing with horses. Is it really simple?

What is the matter and energy ratio in my horse and in me as a person?

Before I can know what my horse needs, I need to know which proportion of energy and matter my horse has.

But what does that mean anyway – energy and matter?

To put it in very simple “human words,” one could say: Everything we can track with our eyes and also grab and touch belongs to matter, a kind of “form”. Physicists describe matter as everything that occupies space and has a mass.

What is chi horsing?

Understanding and being understood is the big secret of every good relationship – whether between people, between animals, but also between people and horses. If we take a sufficient amount of time to truly understand the forms of horses’ communication, we will experience how sustainably and effectively a connected communication can lead you to your… 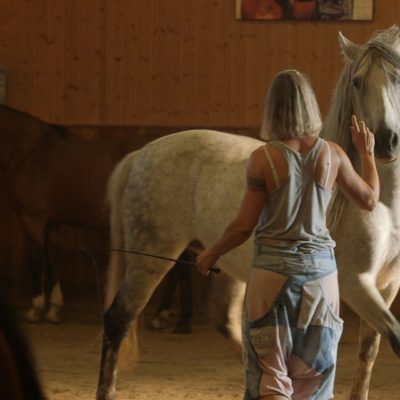 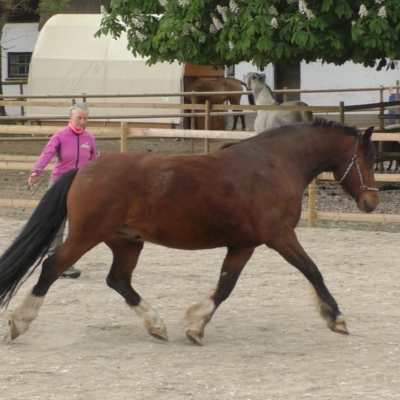 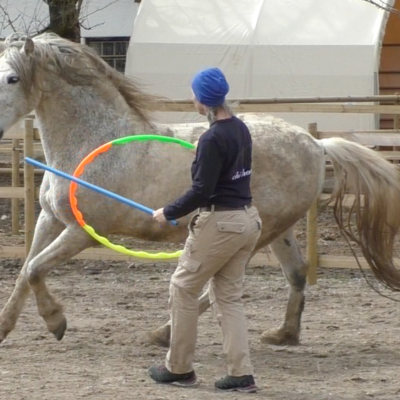 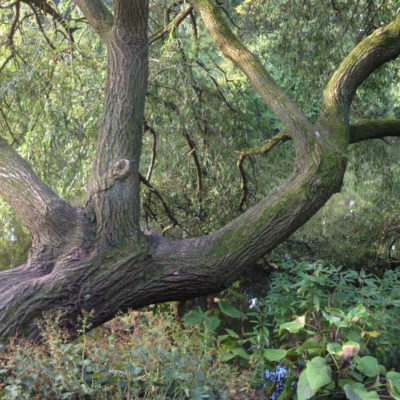